All For An Awe-Inspiring Initiative

This year’s start has been truly exceptional as we here at De Toren were fortunate enough to be involved in two very special events or charity projects, of which both lie very close to our hearts. We are immensely proud to have been part of these wonderful initiatives namely, The 2020 Cape Wine Auction and […] 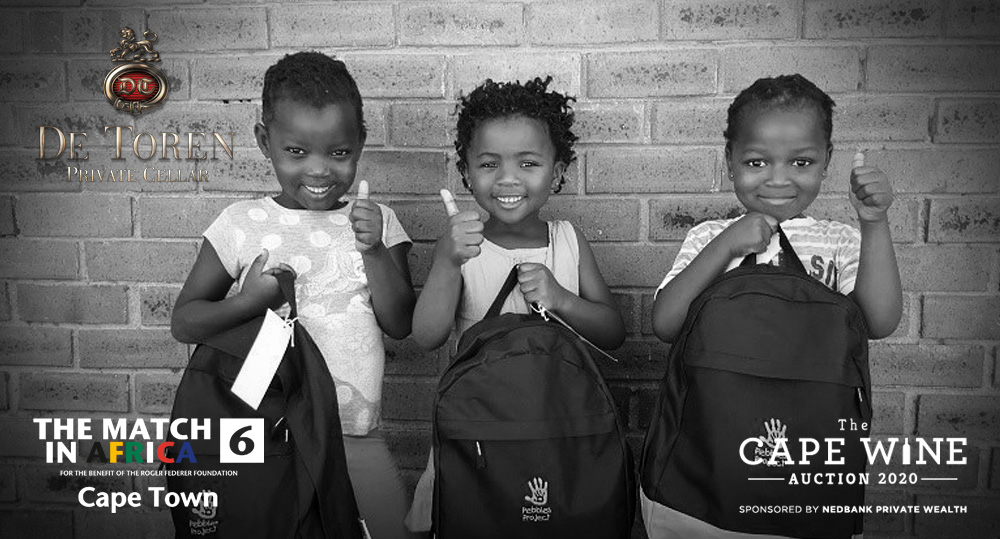 This year’s start has been truly exceptional as we here at De Toren were fortunate enough to be involved in two very special events or charity projects, of which both lie very close to our hearts. We are immensely proud to have been part of these wonderful initiatives namely, The 2020 Cape Wine Auction and The Match in Africa.

On the 14th and 15th of February while most were indulging in beautiful fusions and romantic celebrations, local and international wine enthusiasts, top businessmen, entrepreneurs and well-known socialites gathered at the beautiful Boschendal Wine Estate to raise funds for a remarkably good cause. This elite gathering is better known as The Cape Wine Auction and is internationally regarded as one of the most prestigious events on the annual social calendar. It also remains one of De Toren’s personal favourites!

Whilst enjoying a delectable feast alongside a phenomenal selection of South Africa’s finest wines, guests had the opportunity to bid on some spectacular lots available on both the Friday and Saturday evening.

With a mandate to raise money in order to support of education in the South African winelands, more than R17 million was raised at The 2020 Cape Wine Auction this year. This amount, together with the R88 million that has been raised since the very first auction held in 2014 means that this wine charity auction has amassed a stellar R105 million since its inception. All in aid of an exceptionally good cause, i.e. continuously supporting education in the winelands.

De Toren Private Cellar, ambassador of this respected auction has been a proud contributor to this event on an annual basis and this year was no exception. The prestigious De Toren lot, in partnership with The Royal Portfolio (read more on the lot here), raised a stellar R500 000 in support of just over 20 different charity beneficiaries. It was a lot of absolute leisure and all for a very good cause. The proud owner of this lot, who big heartedly contributed to this exceptional cause, is Mr Phillip Zwirner.

Always an incredible privilege to be part of this elite function and to join forces in making dreams come true! A heartfelt thanks to each and every one who helped in supporting us to make a difference in our community.

The Match in Africa

Just a week earlier, on the 7th of February, thousands of tennis enthusiasts (a record-breaking 51 954 to be exact) gathered for one of the biggest matches ever to be played on South African grounds – all for an extraordinary cause! The 20-time Grand Slam Champion, Roger Federer went head-to-head with the 19-time Grand Slam Champion and rival, Rafael Nadal at the Cape Town stadium for what is known as The Match in Africa. This was the sixth edition of this event, but the first to ever take place in Africa. As a proud event sponsor, the De Toren Private Cellar team were honoured to have the opportunity to be part of this wonderful initiative.

The atmosphere further fired up as American business magnate, Bill Gates and the South African comedian, Trevor Noah also joined the two world class tennis titleholders for an exciting doubles match, with Federer and Gates facing off against Nadal and Noah. What a privilege to witness history being made, in action!

Apart from setting a new world record for the largest public attendance at a tennis match, the event also raised an outstanding grand total of USD 3.5 million, which accumulates to approximately R54 million.

Bearing in mind that this too was all for an exceptionally deserving cause in support of The Roger Federer Foundation, who has been supporting education programmes for more than sixteen years and has invested extensively in a variety of educational initiatives throughout Africa. Hence, all the net proceeds generated by the Match in Africa event will essentially be donated to The Roger Federer Foundation, to help aid education in the less privileged areas of our greater community.

Following the match on Friday, and just to add even a bit more bliss, our team also got the exclusive opportunity to host Roger’s parents, Lynette and Robert Federer and friends for a private tour and tasting at our estate.

What an exciting two months it has been, filled with gratitude for opportunities like these…

Catch a sneak peek of the opulent Book XVII 2018 vintage…

Paying Tribute to one of the World’s most Endangered Species

To honour our adopted white rhino, we released an exceptional wine which, like Kimba, is rare and unparalleled.

In honour of our African roots, we recently adopted Kimba, a white rhino, one of the species amongst the world's most threatened...