The month of September is synonymous for celebrating our heritage in South Africa. The 24th of September is known as Heritage Day and with so many different cultures and languages in our country, there is quite a bit to celebrate. At the same time, we have just as much to celebrate at De Toren Private Cellar. […] 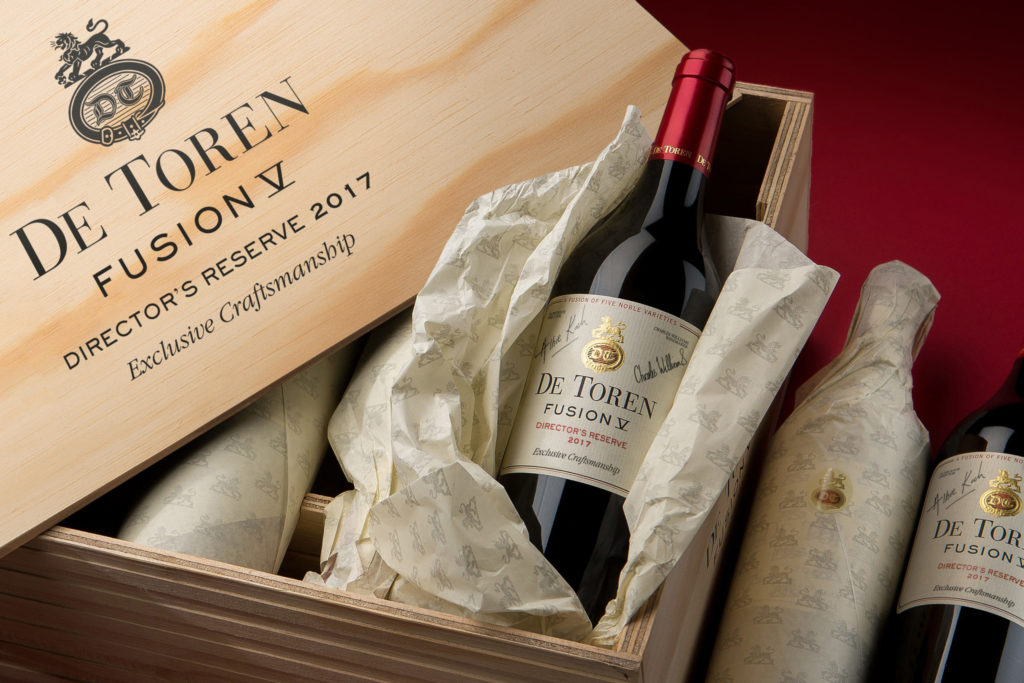 At the same time, we have just as much to celebrate at De Toren Private Cellar. As a proud South African producer of fine Bordeaux styled wines, we paid tribute to SA’s legacy by sharing some of our own this heritage month. Hence, we officially announced the exclusive release of merely 178 cases of our limited-edition wine, De Toren Fusion V 2017 Vintage Director’s Reserve.

The collection of De Toren Director’s Reserve wines is a very rare selection of limited-edition wines, only released in years regarded as an extraordinary vintage. These handcrafted wines are truly exceptional, and only produced in years during which our continuous quest for absolute perfection, has reached its pinnacle. The wines from this exclusive collection, and these specific vintages, showed true greatness of remarkable complexity and elegance.

“The reputable De Toren Fusion V 2017 Director’s Reserve red blend exudes bold, yet elegant Malbec characteristics. Aromas of vanilla and blueberries come to life on the nose, accompanied by fine textured tannins on the palate. Flavours of red cherries end off in notes of cedar and dark cherries, derived from the Cabernet Sauvignon. Absolutely phenomenal!”

Through a sustained process of pure refinement, the De Toren team has faithfully succeeded in the art of growing and perfecting Cabernet Sauvignon and Malbec. The 2017 vintage is thus no exception. To celebrate the phenomenal 2017 vintage of our renowned De Toren Fusion V, and also a very special anniversary, we presented this VIP release of the exquisite De Toren Fusion V 2017 Director’s Reserve.

This marks the 20th anniversary of Managing Partner, Albie Koch, as an integral member of the De Toren Private Cellar team. To celebrate this momentous occasion, Albie, along with our winemaking team crafted an outstanding blend from the remarkable 2017 vintage, showcasing two of the heroes that make for our acclaimed Left Bank Bordeaux styled wine, De Toren Fusion V. Here at the estate, Cabernet Sauvignon and Malbec is well-known and often considered the apple of Albie’s eye. This limited-edition wine is therefore, nothing other than a spectacular blend of 60% Cabernet Sauvignon and 40% Malbec.

The remarkable De Toren Fusion V 2017 Vintage Director’s Reserve was matured for 24 months in a combination of first and second fill French, tight-grained oak barrels with an added touch of American oak to perfectly round it off. It was kept in these barrels at a temperature of 14°C to slowly mature and ensure an absolute and seamless integration for your enjoyment now, or in 20 years’ time.

Merely 178 cases were made available for reservation by the end of September. Each bottle is hand wrapped and signed by Cellar Master, Charles Williams and Managing Partner, Albie Koch – also known as De Toren’s very first winemaker – and presented in an exquisite wooden case that safely secures this magnificent wine. Definitely one for the collection!

Only the pinnacle of our winemaking philosophy will do to celebrate this special milestone. With a mere 1068 bottles released, we pay tribute to De Toren’s very first winemaker and today a Managing Partner in the business, Albie Koch. Thank you for two decades of incredible passion, your relentless pursuit of perfection, and genuine love for De Toren.

We salute you, Albie.

We are thrilled to finally share our Edition Z 2018 with the world. This luxurious wine will be officially released in November 2022.

The Bespoke New Look of the Iconic Fusion V

This reveal accompanies both the remarkable 2019 vintage official release and celebrates the 20th edition of this iconic wine...